Should You Focus on Social Media Engagement or Traffic? 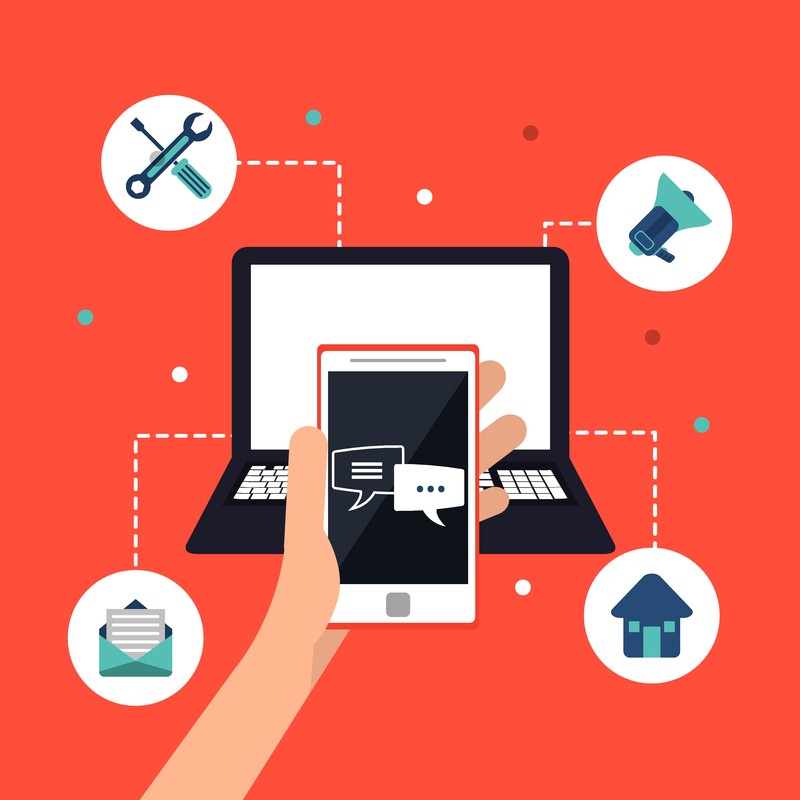 The following discusses this in further detail in an attempt to showcase engagement as a crucial element to social media success.

Not yet sure if using infographics in your digital marketing campaign is going to be fruitful? Then check-out these 6 reasons now! 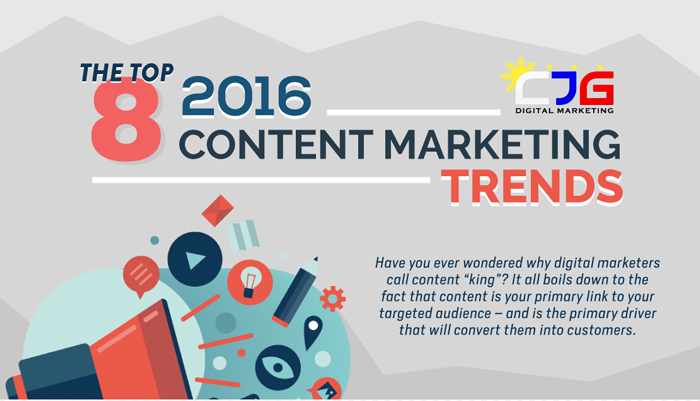 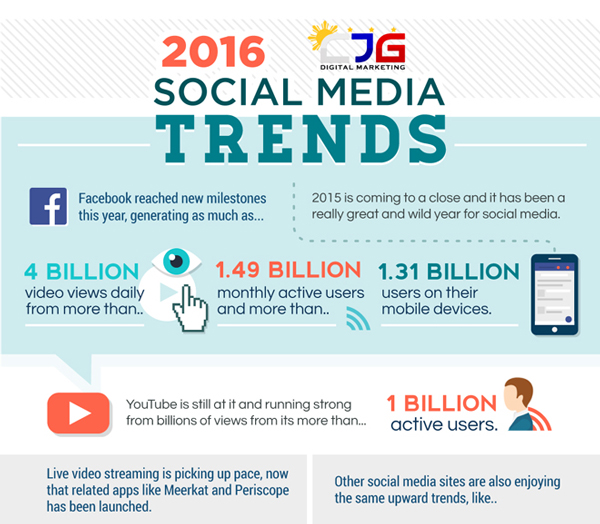 Stay ahead of the social media marketing game by familiarizing yourself now with the following 2016 trends that will be hitting it big next year.